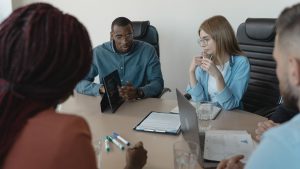 Data breaches have become common today, and Arizona is no exception. Over the years, we’ve seen our share of businesses fall victim to hackers, from large corporations to mom-and-pop shops. While it may seem like you can do nothing to protect yourself from data theft, that isn’t the case. By understanding what causes data breaches and learning from the mistakes of others, you can make your business far less vulnerable to cybercrime.

In this article, Assured Document Destruction will discuss some of Arizona’s most significant data breaches and what lessons businesses can learn from them. We’ll also provide tips on protecting your company from hackers and keeping your confidential information safe. So don’t wait – read on for insights that could save your business from a devastating data breach:

In 2013, the dating website Ashley Madison was hacked, exposing the personal information of millions of users. This data breach was particularly damaging because it included details such as user names, email addresses, and even credit card numbers. As a result of this breach, Ashley Madison was forced to file for bankruptcy.

Ensure your company has robust cybersecurity measures to protect against hacks. Regularly update your software and employ strong passwords to keep your data safe.

Always use strong passwords and change them frequently. Also, monitor your credit report regularly for any suspicious activity.

Banner Health – one of the largest healthcare providers in Arizona – was hacked, exposing the personal information of more than 3 million people. This data breach included names, birthdates, addresses, and Social Security numbers.

Passwords should always be strong and should be changed frequently. And be mindful of the information you keep.

Learning from mistakes is an essential part of being a business. And regarding data breaches, Arizona businesses have made more than their fair share of errors. By understanding what causes these breaches and how we can prevent them, companies in the Grand Canyon State can start safeguarding their sensitive information.

In this article, we looked at some of Arizona’s most high-profile data breaches. We also looked at the lessons that could be learned from them. With so much at stake – including customer trust and financial losses – businesses in Arizona must take all possible precautions against data theft! While no company is immune to a data breach, some steps can be taken to minimize the risk. From implementing security measures to training employees on best practices, there are many ways for businesses to protect themselves. The bottom line is that data breaches can happen to anyone and should be taken seriously.

Stay up to date on the latest news and specials.